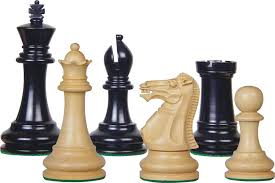 Remember the kid who was whined when you would beat then at Sorry or Life, or even Chinese Checkers? Accusations of theft, high-jinx, deception or illusion would surface. They say things like “you didn’t deserve to win” and “you looked at my cards.” And you, being the good sport, just bite your tongue and walk away a winner, leaving the whiner in their wake. Well, it seems karma came back to bite Evgeni Plushenko in a big way.

The International Skating Union has stripped Russia’s Plushenko of his eligibility to compete as an amateur because he didn’t ask the Russian Figure Skating Federation for permission to skate in exhibitions. This makes him ineligible to compete in the 2014 Sochi Olympics and for Grand Prix events, such as the Cup of Russia unless the three-time world champion appeals the June 26 decision.

The ISU rules are to prevent amateur skaters from withdrawing from ISU sanctioned events, and then skating in non-sanctioned ISU exhibitions or shows for monetary gain.

Earlier this year, Joannie Rochette requested permission to skate a tribute to her mother on ABC’s Thin Ice. However, the ISU first denied Rochette because she had pulled out of the worlds in Turin due to the emotional stress from her mother’s death in Vancouver during the Olympics. The ISU was able to “relax” ISU rule 136 for Rochette, allowing her to perform.

When Plushenko returned to the amateur ranks for the 2009/2010 season, he made waves for all the wrong reasons. At the 2010 Vancouver Olympics, before the men set a toe pick on the ice at the Pacific Coliseum, a four-way “Battle of the Brians” brewed between Plushenko and Canadian Patrick Chan, American Evan Lysacek, and France’s Brian Joubert.

Plushenko piddled on anyone who did not have quadruple jumps in their programs. He believed the feat was the wave of the future and he didn’t need the transitional moves between jumps to be successful. Canada’s Patrick Chan created some controversy himself by calling Plushenko’s style “old.” Clearly a skate blade-wheedling, snow-plowing pushing, skate guard-throwing, costume ripping battle brewed.

In the end, the battle was fought only between Lysacek and Plushenko, with Chan and Joubert faltering in the short program. Chan had fallen to seventh, while Joubert was uncharacteristically in 16th spot.

When Lysacek took to the ice, he eyes said he was ready to win. His program to Nikolai Rimsky-Korsakov’s Scheherazade was flawless, brilliant and artistic. While he didn’t have the quad, the entrances to his triples were made more difficult with spirals, three-turns, etc.

When Plushenko hit the ice, he did have a small chance at the title. However, the program he skated was front-loaded with sloppy jumps and suggestive choreography so uncomfortable to watch I actually blushed. In the end, Lysacek was crowned the Olympic gold medalist, and Plushenko would settle for silver – a bitter pill for the 2006 Olympic champion to swallow. So bitter, that during the medal ceremony, Plushenko claimed he forgot he didn’t win and climbed onto the top spot of the podium in error.

Whether it’s a game of UNO, croquet or Life – it’s not if you win or lose, but how you act if you lose.

My Tweets
Follow Skating Scene on WordPress.com
Join 303 other followers