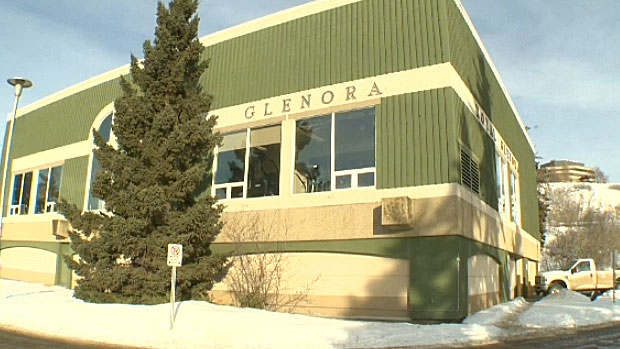 When a vehicle is broken into, usually the items stolen are easily replaced.

Unless one of those items are an $1800 pair of figure skates.

On Oct. 22, Kayla Harrison, an 18-year-old figure skater, left morning classes to head to the Royal Glenora Club. Only one problem: her Jimmy was broken into, and three of Harrison’s bags, one which contained her skates, were gone.

“(I was) devastated because I didn’t have my skates anymore,” Harrison said.

To add insult to injury, the Ross Sheppard high school student is competing in this weekend’s 2013 Alberta-NWT/Nunavut Sectionals.

“I’m not as prepared as I’d like to be,” Harrison said, who competes in Junior Women.

Peggy, Harrison’s mom, said a City of Edmonton worker witnessed the entire theft. However, he smartly didn’t approach because he was alone. He saw a man slow down behind Harrison’s vehicle, and park four spots away. When the man exited the vehicle, he headed straight for Harrison’s Jimmy.

Peggy said the worker was shouting at the man, telling him to get away from the vehicle.

“(The) kid didn’t even acknowledge him.”

According to Peggy, the worker said the man tried to open the doors. When that failed, the man smashed into Harrison’s Jimmy, rummaged through her belongings, and stole three bags.

Peggy said, by that time another City of Edmonton worker was on site – and they gave chase. The last they saw of the vehicle, it was in North Glenora.

Harrison went to the constable at her school to view video surveillance, though it wasn’t very good. The City of Edmonton workers provided this description of the vehicle involved in the theft: an older silver model vehicle, with a sunroof.

The following Thursday, a call came from the Edmonton Public School board. Harrison’s skating bag had been recovered – her skating CD had her name on it, and helped the EPS track her down.

However, the call was not all good news.

“(I said) just tell me (if) her skates are still in the bag or not,” Peggy said.

There was only one skate.

Harrison has since returned to her old skates. While they’re only two years old, a skater at Harrison’s level should be replacing skates every year. Her stolen skates were bought last February. The Harrison’s took the old skates in to be rebuilt. New blades have been affixed to the skates.

Unfortunately, it takes a good two to three weeks to break in new blades. Harrison has been on her new blades for less than a week.

“(It’s) devastating for her,” Peggy said. “She’s been struggling with her jumps.”

Harrison had to downgrade her program, taking out a triple toe-double toe, and replacing with it with a double Lutz-double toe.

Under the tutelage of Lisa Kinding, Harrison placed fifth at sectionals last year in Junior. She also scored some hardware recently, taking the bronze medal at the Royal Glenora Invitational.

If anyone has the single skate – and maybe you didn’t steal it, you found it in a back alley – the Harrison’s would still like it back. The skate won’t have a blade attached.

“I would use them for sure if it was before my practice,” Harrison said.

And that’s the fiery part of this story. Harrison could have withdrawn from sectionals. Instead, she dug in her toe picks, revamped her programs, and is out there practicing. Harrison probably spent hours and hours honing her programs. According to the person who forwarded Harrison’s story – she’s a contender for 2013 Skate Canada Challenge.